No casualties or major damages were reported in Tzu Chi’s Bicol and Ormoc villages.

As part of a country that has stood in the path of some of the deadliest storms in history, the Bicol Region and Ormoc City, Leyte, have experienced their fair share of super typhoon tragedies. Ormoc was practically demolished in 2013 after it was pummeled by one of the most powerful storms of all time, the blustering Typhoon Yolanda (International Name: Haiyan). Located along a typhoon corridor, Bicol is usually among the first to take a beating from a raging storm. Locals remember 2020’s Typhoon Rolly (International name: Goni), whose 280-kph winds and heavy rainfall left billions of pesos in damages to livelihood and properties in its wake.

This October, both Bicol and Ormoc endured the unforgiving Paeng (International name: Nalgae), a massive tropical storm that affected almost all areas of the Philippines, from down south in Zamboanga to up north in Cagayan Valley and every place in between.

The prudent thing to do, of course, was to take cover. On October 28, families of the Tzu Chi Great Love Village in Tabaco, Albay, stayed at the San Antonio Evacuation Center on the night before Paeng made its first landfall in Virac, Catanduanes. In Leyte, 124 of the 1,400 families living in Tzu Chi Ormoc Great Love Village sought shelter at an evacuation center in Barangay Liloan.

But the storm was also an opportunity to put Tzu Chi’s missions of charity and love into action. At the Barangay Liloan Evacuation Center, about 300 evacuees expressed gratitude for the hot vegetarian porridge and hot chocolate porridge (champorado) served by Tzu Chi Ormoc volunteers on October 29.  The 100 families living in the Tzu Chi Great Love Village in Tabaco were just as thankful for the vegetarian porridge prepared and distributed by Tzu Chi Bicol volunteers on October 30.

No casualties or major damages were reported in either Tzu Chi villages.

While news of an impending storm can incite fear, as it has for those living in typhoon-prone areas like Bicol and Ormoc, it can also bring out the best in people. As Dharma Master Cheng Yen said, “If we make use of our lives to serve others and contribute, even if time passes all the same for everyone, our purpose in life will be different, and we will lead different lives.” 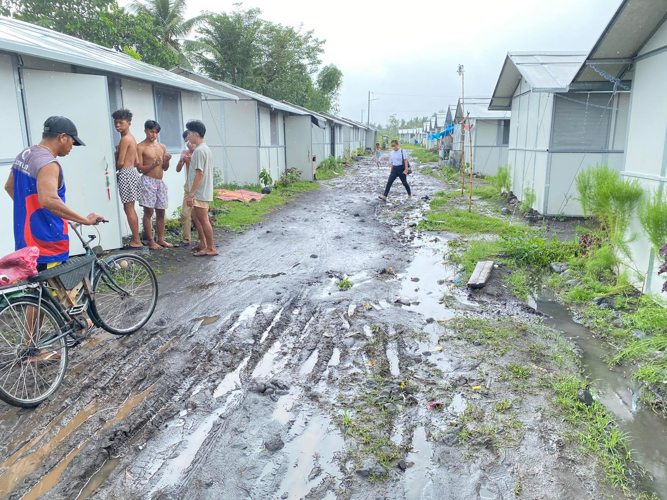 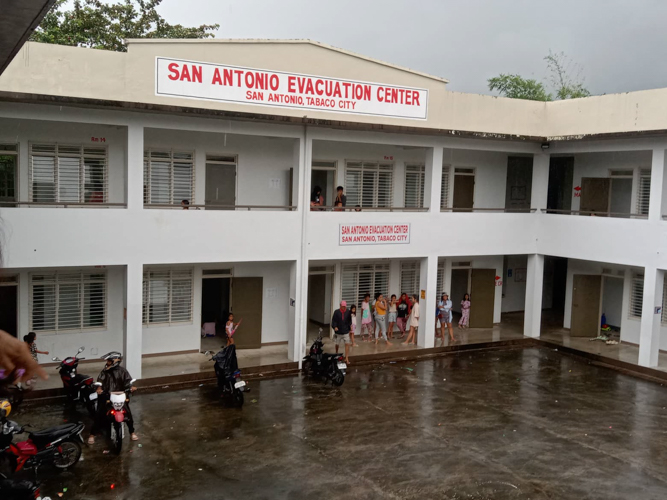 The San Antonio Evacuation Center served as a temporary shelter to families affected by Typhoon Paeng.

After spending the night at the San Antonio Evacuation Center, a family is happy to be home. 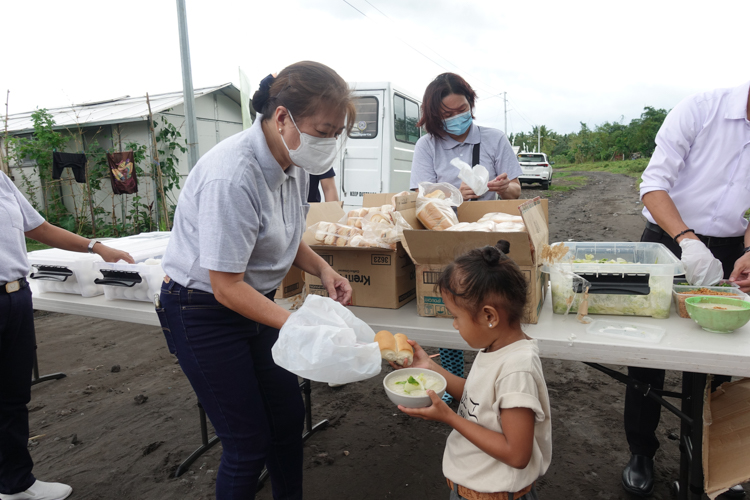 A Tzu Chi volunteer in Bicol offers bread and hot porridge to a little girl. 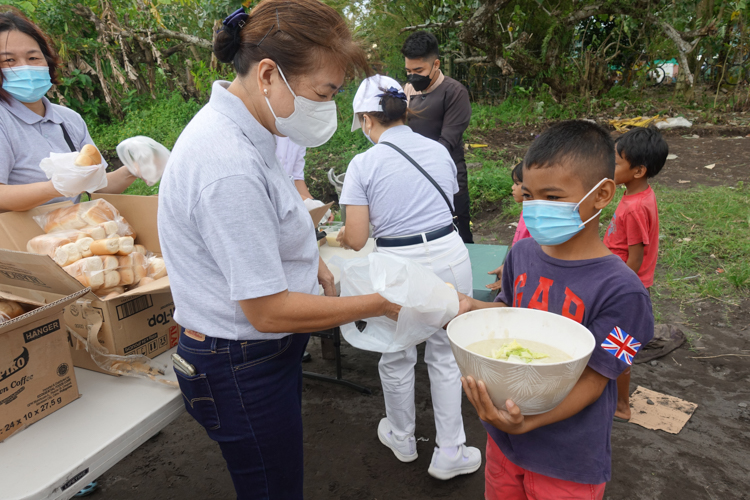 A boy from Bicol receives a large bowl of rice porridge from a Tzu Chi volunteer. 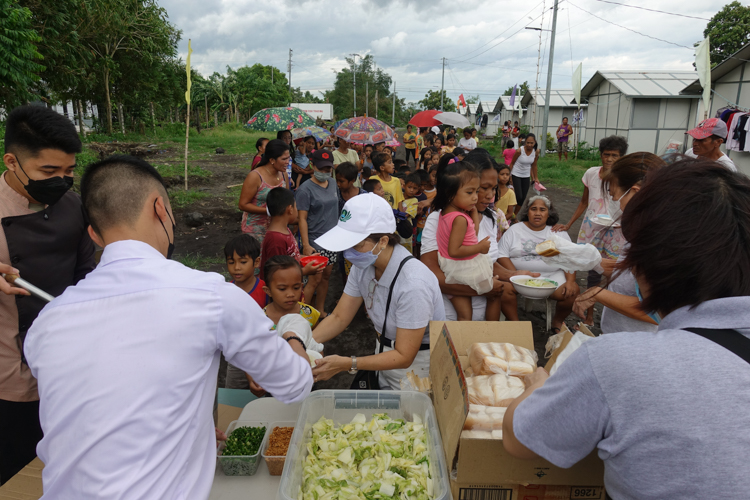 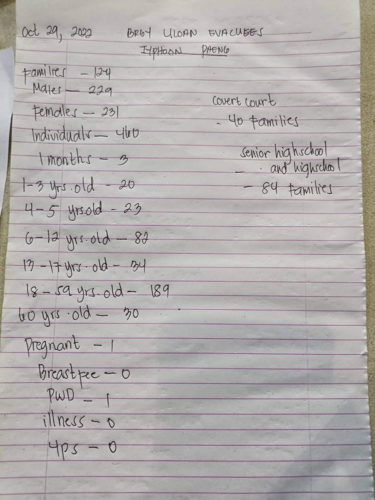 All 124 families are accounted for in a list detailing Tzu Chi Ormoc Great Love Village evacuees who took shelter at an evacuation center in Barangay Liloan. 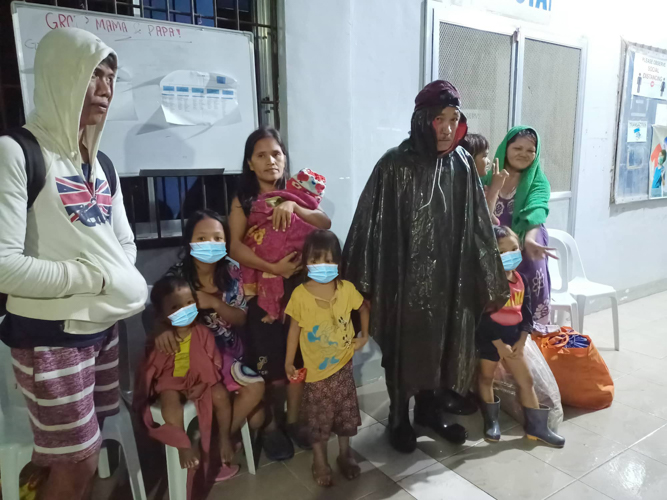 These people were among the families who spent the night at an evacuation center in Barangay Liloan. 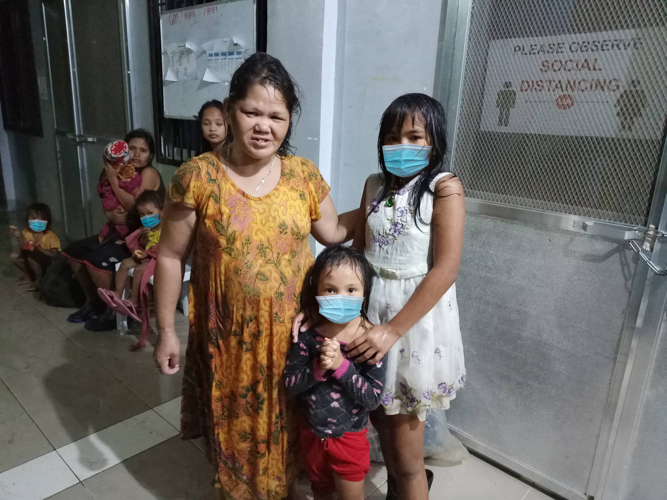 Soaking wet, a woman and two girls are grateful to take cover at an evacuation center in Barangay Liloan. 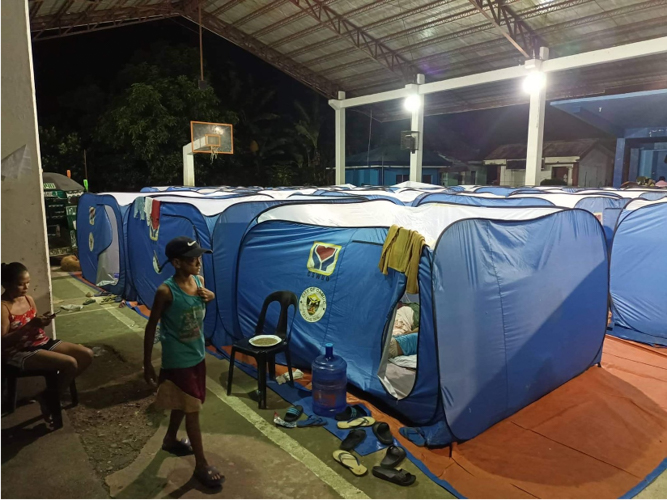 Families wait out the storm in collapsible evacuation tents set up at a basketball court in Ormoc. 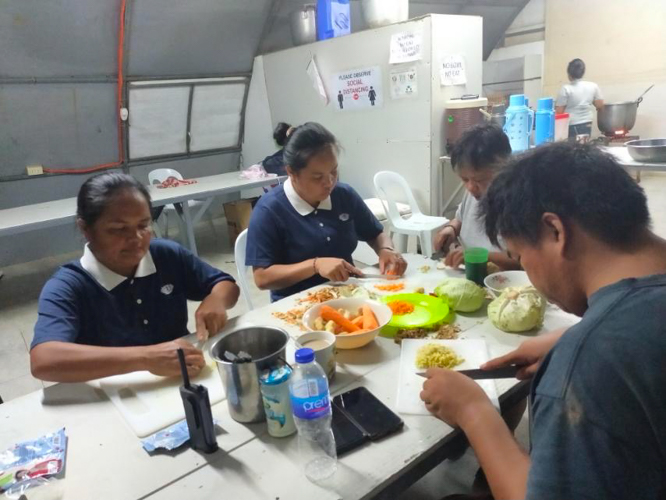 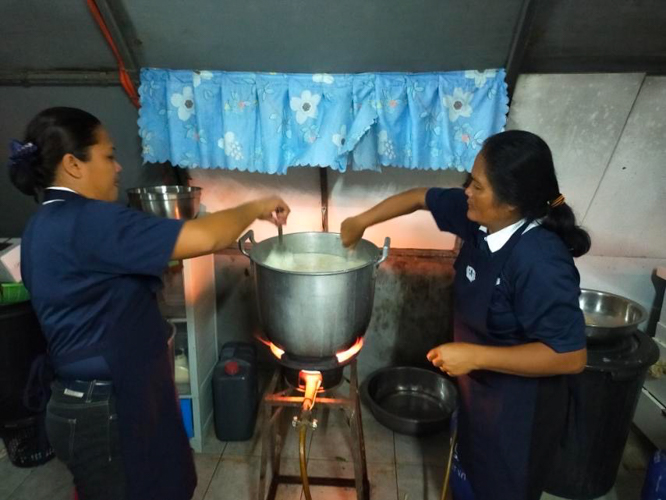