At every Tzu Chi Foundation relief distribution, beneficiaries don’t just receive two 10-kg sacks of rice and a bag of assorted grocery items.  They each receive a coin bank, a metal can with a slot where a beneficiary can put in any amount. Once the can is full, the beneficiary turns over its contents to Tzu Chi volunteers, who pool all pledges to fund relief operations for other people in need.

For 67-year-old tricycle driver Domingo Navida, a coin bank is simply a way to a better life. One of 2,721 tricycle drivers from Caloocan North to claim the second tranche of rice and relief goods at the Caloocan Sports Complex, Navida has been saving spare change in piggy banks for years. It’s a practice that affords him the modest yet contented life he shares with his wife Constancia, 67, and their grown sons, Dexter and Charlon.

The Navidas met at work in a towel-making factory. When they lost their jobs, they sold street food: she hawked balut, ihaw-ihaw, and kwek-kwek; he peddled fishballs in a cart. Whatever extra money they made was placed in a piggy bank until they saved enough to buy his first tricycle 35 years ago.  With his hard work and savings came another tricycle and then another—until he had 11. His tricycles help give longtime drivers like Rolando Go a steady job.

“He’s a good operator,” says Go, 53, of Navida. “If I tell him that there’s something wrong with his tricycle, he’ll buy parts to have it fixed right away.”

Loans settled with savings paid for their permanent home in Bagong Silang, Caloocan, and their first home, a shanty that they had renovated into an apartment. Savings also paid for the vocational school education of their sons who are now doing fine as mechanics for a well-known car manufacturer. When Domingo had a mild stroke in 2019, Constancia, who sews and sells rags for a living, drew on their savings to pay for his hospitalization and maintenance medicines.

Yet even with money set aside, Navida isn’t spared from the struggles experienced by tricycle drivers during this pandemic. He was forced to sell five of his tricycles, as lockdowns only allow drivers to ply their route 3-4 times a week, and with 1-2 passengers per trip. Drivers who couldn’t settle their daily boundaries with him just upped and disappeared. Navida can only shrug and count his blessings. At least he and his family don’t go hungry.

Despite their thriftiness, the Navidas do have their share of naysayers. Early on, people discouraged them from saving, as they believed it would only attract illness. Coincidentally, their son Charlon was sickly as a child. But the couple continued to put aside extra earnings; in time, their lives became better and their son’s health improved.

“Other people say that we must have gone abroad to have the money to acquire all this. But no,” says Constancia. “It’s hard to believe, right?” says Domingo with a chuckle.

To this day, the Navidas still drop coins into their piggy bank, a large, plastic purple pig that is too heavy to lift even if it’s just partly full.  “One day, all that we have will go to them,” says Domingo in reference to his two boys.

But he and Constancia have already given their sons something more valuable: the importance of hard work and saving.  Last year, Dexter opened a motor shop using capital he and his wife saved. In a short span of time, the business grew from a small operation to one that occupies the entire front side of his parents’ house.

The memory of his father and mother making him work for what he wanted brings him to tears—not sad ones, though. “They taught me to stand on my own two feet,” he says between sobs. “They are my inspiration.” 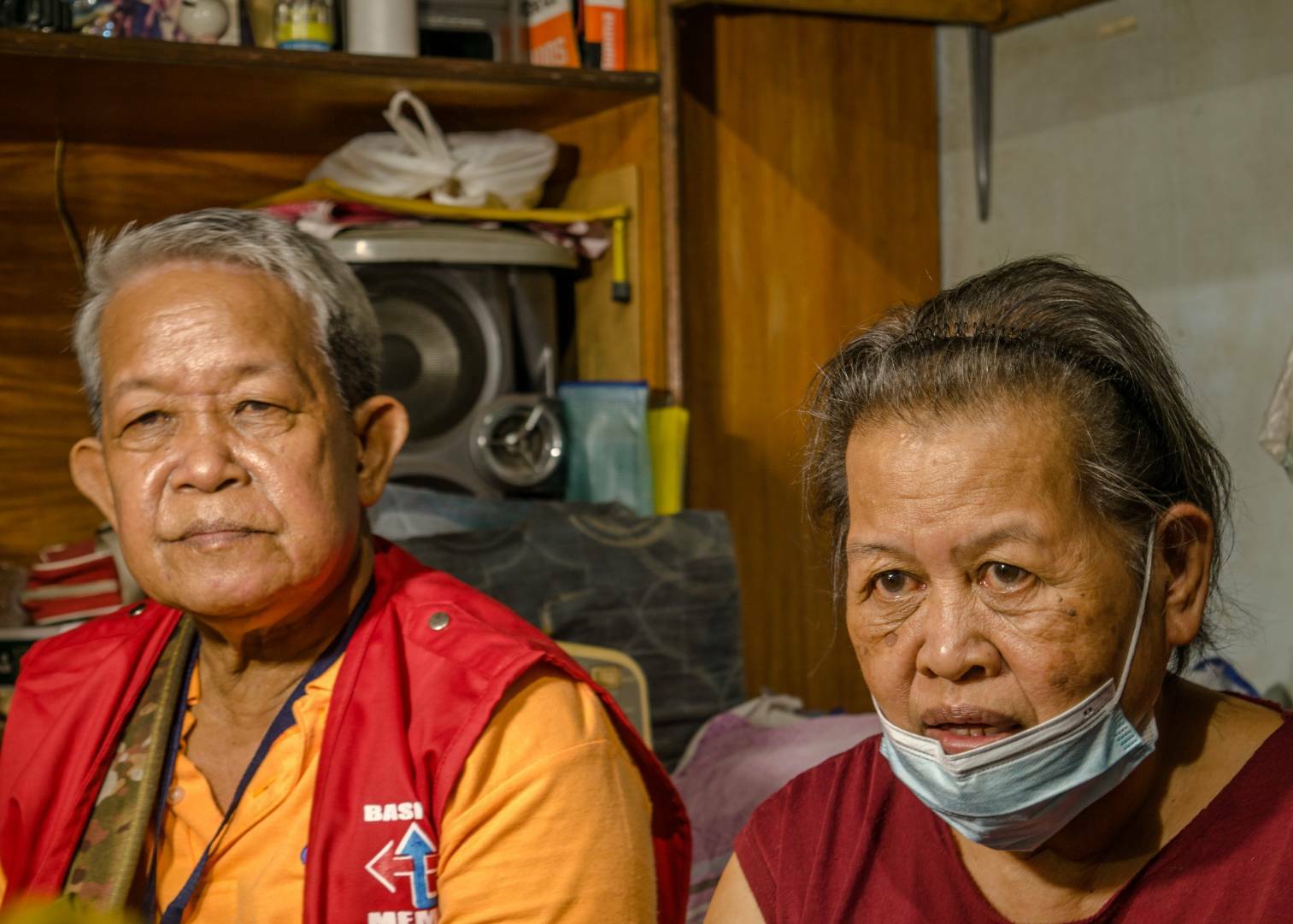 Tricycle driver Domingo Navida (left) and his wife Constancia have been setting aside their extra earnings for years. 【Photo by Don Lopez】 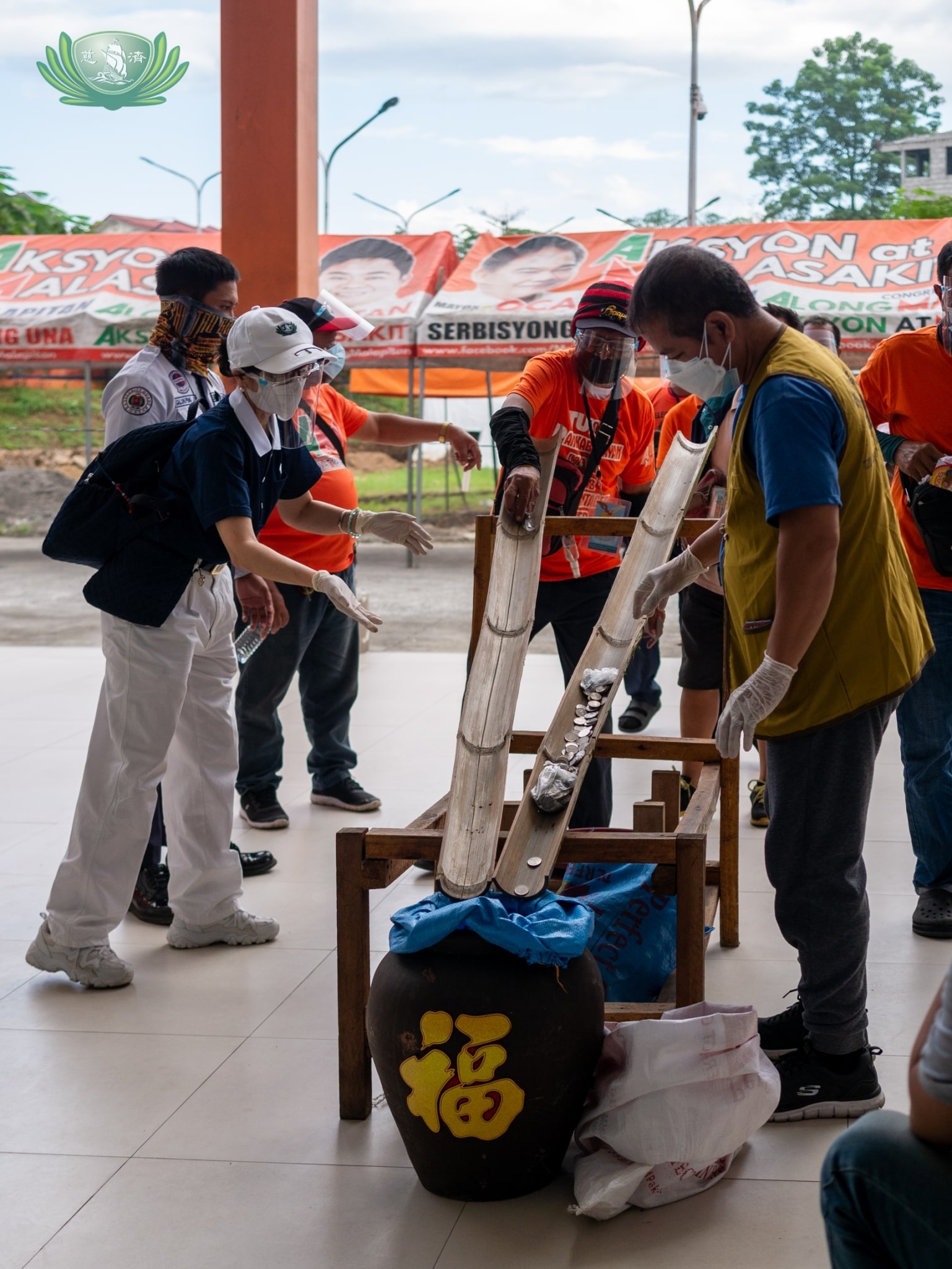 Beneficiaries place their collected pledges on a bamboo slide and into a jar. 【Photo by Daniel Lazar】 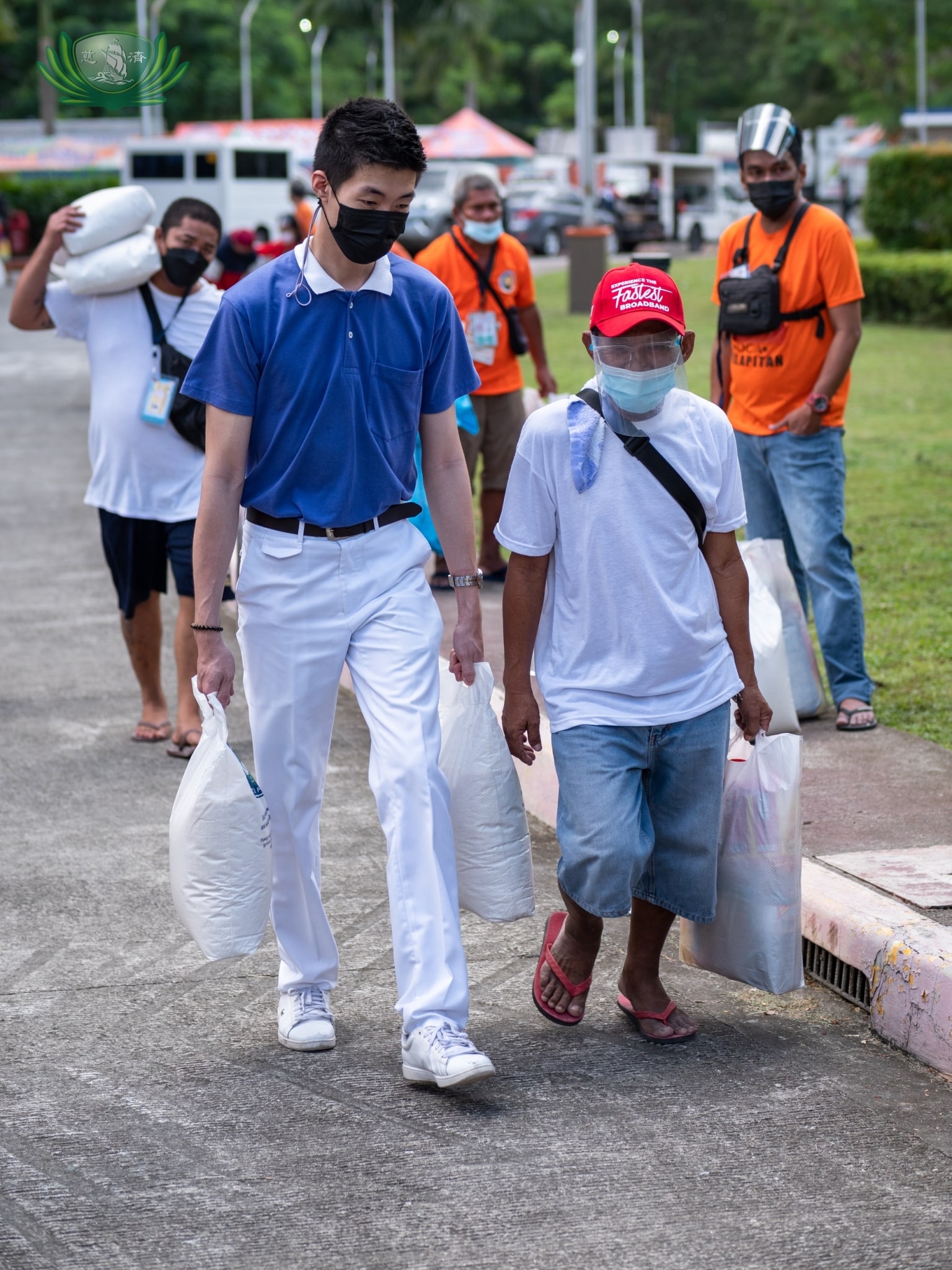 A volunteer assists a beneficiary with his sacks of rice. 【Photo by Daniel Lazar】 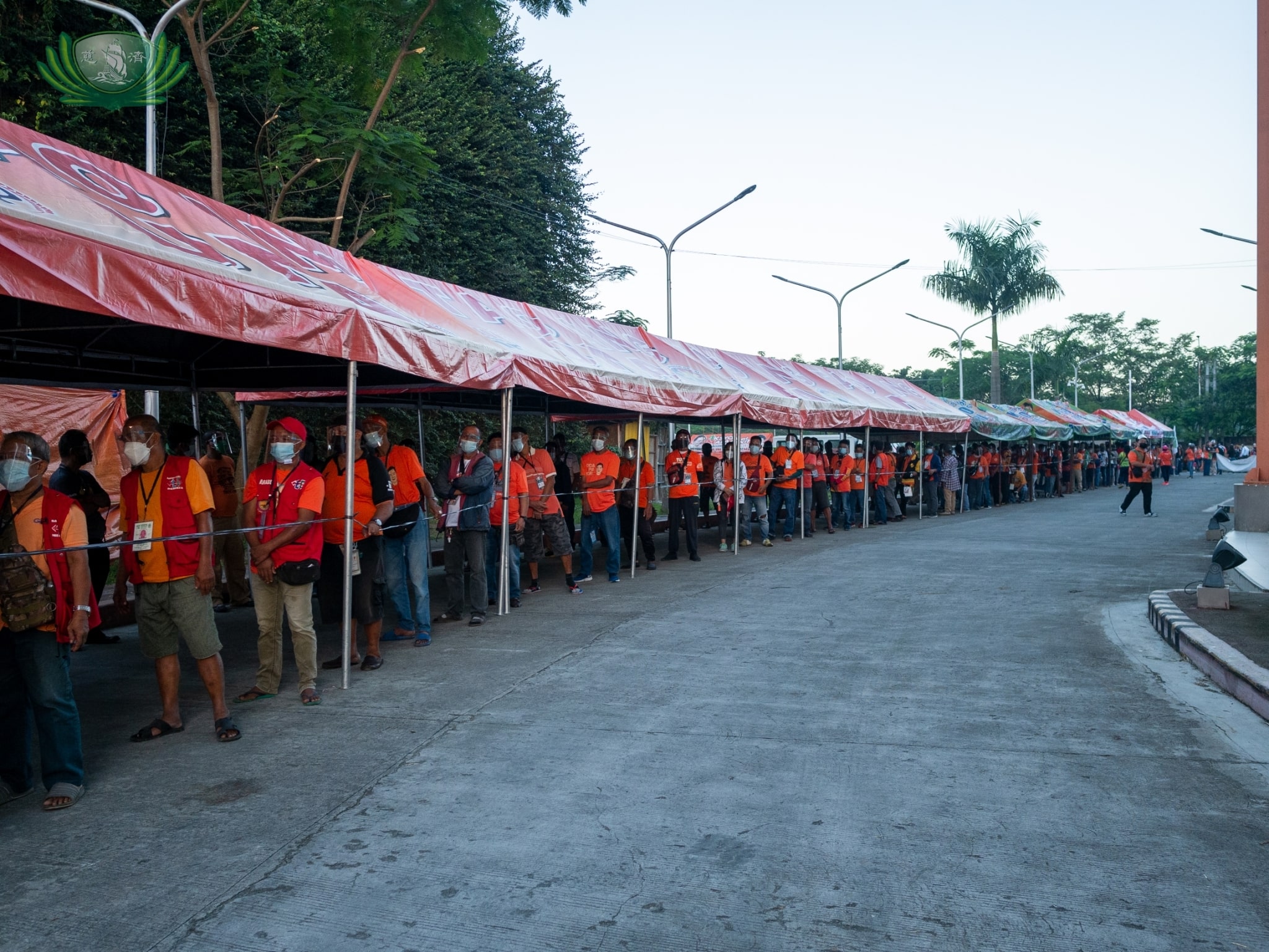 Caloocan North’s 2,721 tricycle drivers wait patiently in line along the driveway of the Caloocan Sports Complex. 【Photo by Daniel Lazar】 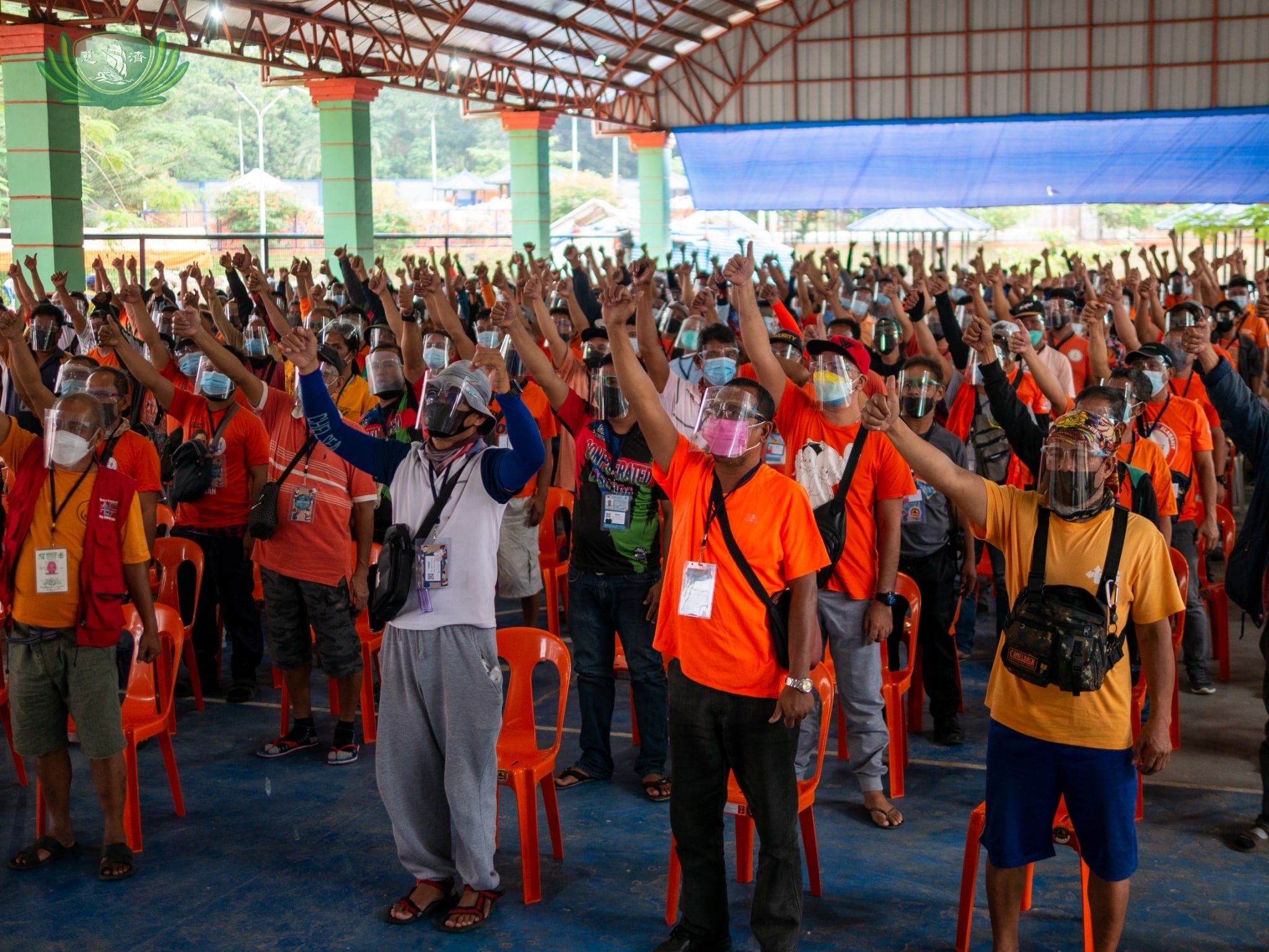 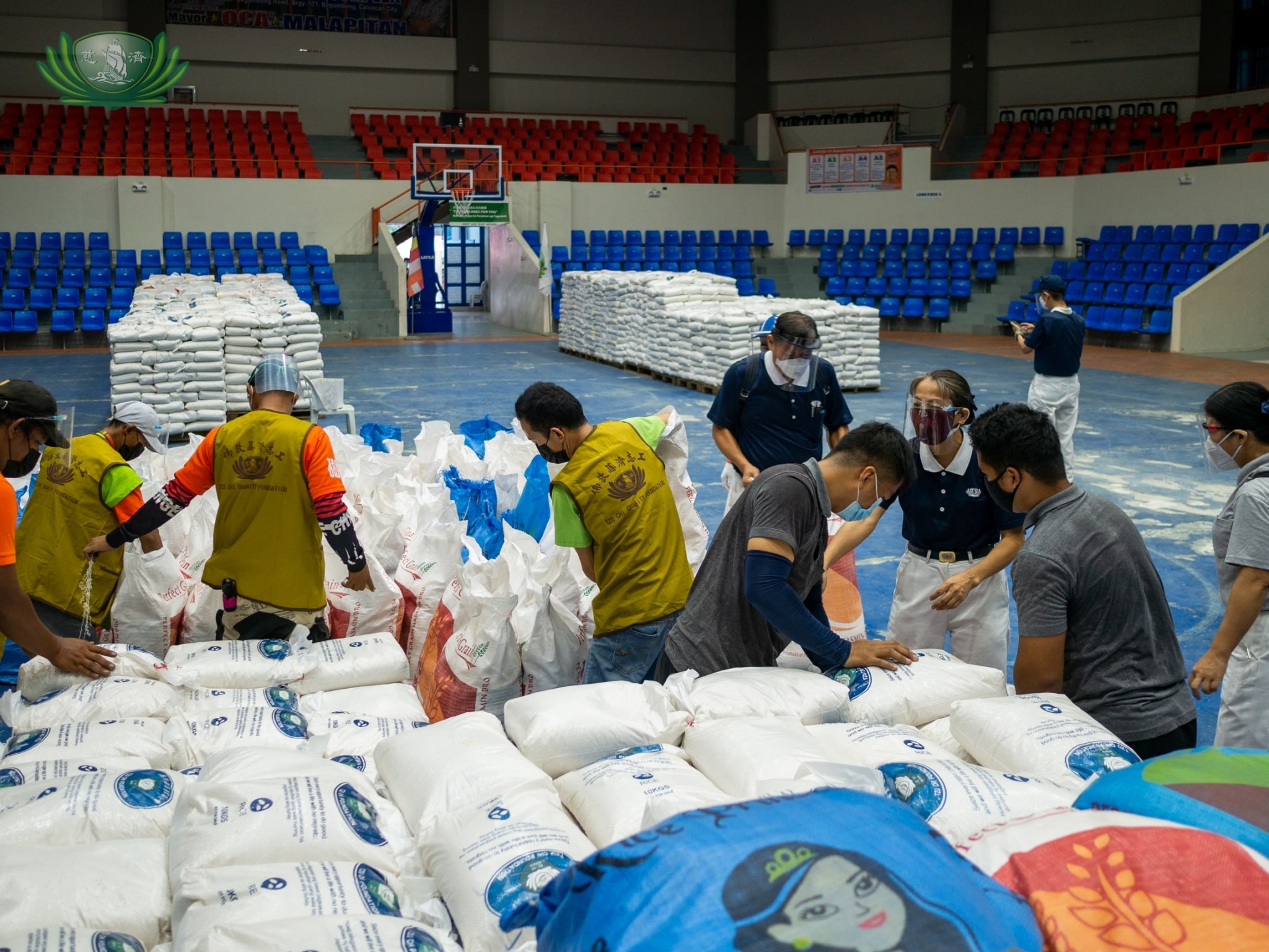 A volunteer uses an app on her cellphone to confirm a driver’s identification. This has made the process of claiming relief goods faster and more efficient. 【Photo by Daniel Lazar】 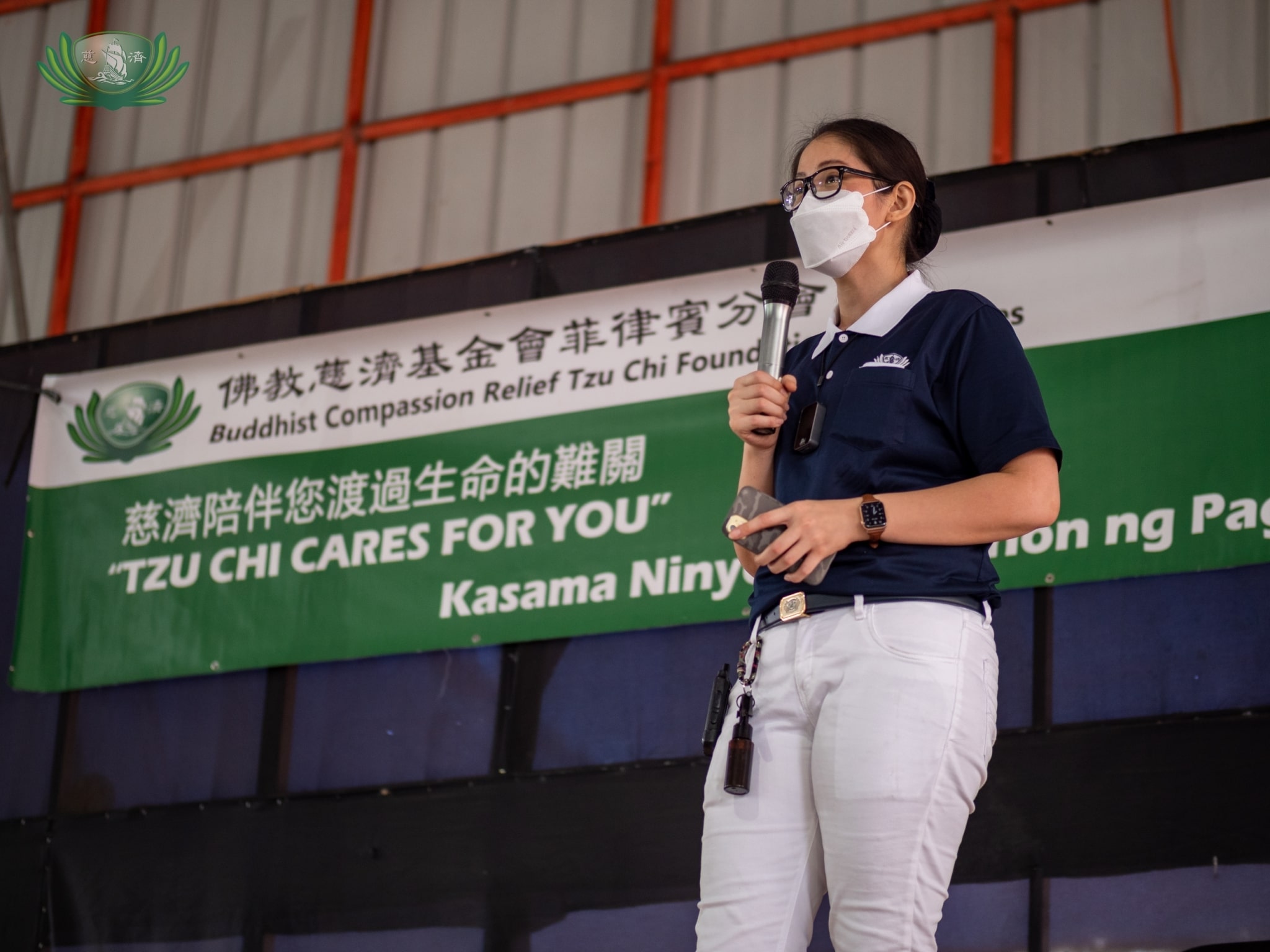 Volunteer Jane Sy, who has been helping coordinate relief operations with the Caloocan City local government even before the pandemic, hosts all five batches of tricycle drivers. 【Photo by Daniel Lazar】 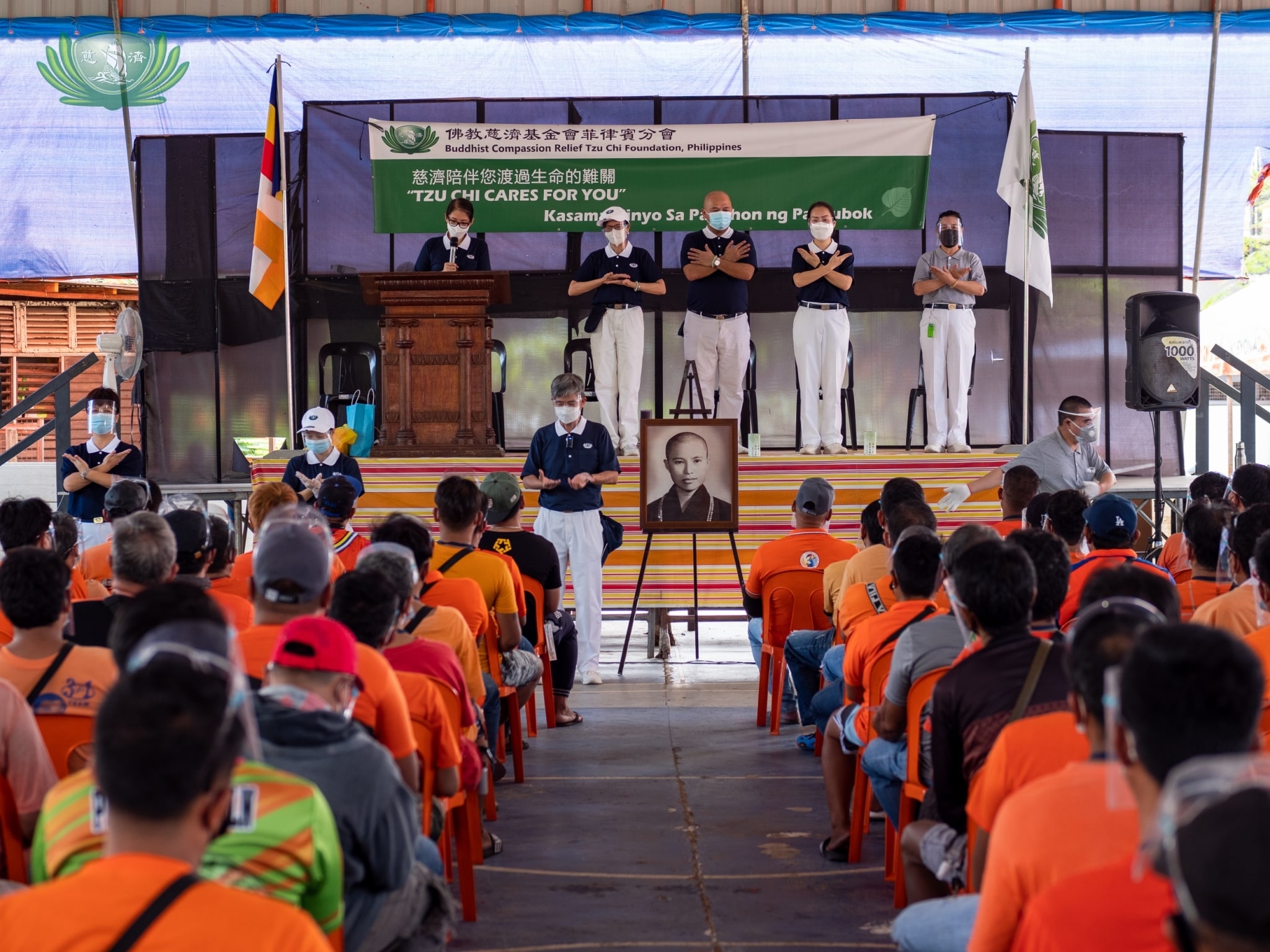 Volunteers lead a group of tricycle drivers to a prayer of blessing and thanksgiving. 【Photo by Daniel Lazar】
Go Back