Beneficiaries and their families attended a short program before distribution.

At the Tzu Chi Foundation’s latest Charity Day on June 26, a time when beneficiaries come to claim their quarterly medical assistance, 20-kg rice, and bag of groceries, Raquel Tolitol used the opportunity to give back. At the registration table, volunteers noticed she was lugging along two heavy bags containing seven Tzu Chi coin banks. All filled to the brim and turned over for donation, the coin banks were from her, her son Raymond, and five friends.

“I wanted to return the help that Tzu Chi has given us,” she explains. “By filling up our coin banks and donating their contents, I could help others too.”

Diagnosed with diabetes, Raquel received a regular supply of insulin as a beneficiary of Tzu Chi Foundation’s Charity Department since 2008. But when Raymond, her youngest of three boys, began showing signs of X-linked Dystonia Parkinsonism—a rare, progressive movement disorder characterized by involuntary tremors, an inability to stay upright and balanced, and a shuffling gait—she requested to make him the beneficiary instead.

Afflicted with the disorder at 15, the now 27-year-old Raymond is bedridden and relies completely on his mother for food and care. So too does her second son Rusty Paul: at 29, he was diagnosed with the same disorder at 25. Both boys inherited it from their father, who passed away from the condition in 2006.

Unable to leave her sons so she could work as a housekeeper or laundry woman, Raquel is grateful for any help that comes her way. Eldest son Rodolfo provides for his brothers and mother, though his help is limited as he has a family of his own. Thus, the assistance she receives from Tzu Chi for Raymond—prescription medication, cash aid, rice, and groceries—is a godsend.

“Thank you to the Tzu Chi Foundation for all the years of helping us,” she says. “Especially to Master Cheng Yen, thank you very much. If it weren’t for you, we would not be here today. Thank you also for teaching us how to help others.”

Like Raquel, Celenia Espinar was claiming benefits on behalf of her son Argie. In March 2013, Argie was electrocuted in his attempt to help put out a fire in their neighborhood. For 18 days, he lay in a coma at a hospital ICU. When he finally came to, he was not the man he used to be. “Just take good care of him” was all doctors could say.

Unable to speak or perform simple, everyday tasks, he is confined to his bed, where he is fed through a nasogastric tube (NGT). Celenia, a laundrywoman, and her construction worker husband took care of Argie, now all skin and bones, after his wife left him and their two kids for another man.

Despite her son’s discouraging state, Celenia relentlessly sought medical assistance through local politicians, government agencies, and charity organizations. It was in a hospital where he was recovering from pneumonia in 2018 that an employee suggested she try the Tzu Chi Foundation. Months after submitting requirements, she was able to secure a regular supply of Ensure meal replacement formula for him.

“It’s very important,” she says of the meal replacement formula that she alternates with blended fruits and vegetables. “When I wasn’t feeding it to him, he was always in the hospital.” He also put on a little meat in his emaciated frame, she adds.

Though her son’s condition may never improve, keeping him stable with Tzu Chi’s help is a huge relief for this mother. “We don’t have the means to buy Ensure. Thank you from the bottom of our hearts,” she says.

Aileen Balasbas may be a relatively new beneficiary, but she has shown marked improvements since her stroke (Hypertension Stage 3, Acute Intracranial Hemorrhage left basal ganglia) on January 14, 2022. Hints of paralysis on her right side are barely noticeable as she managed the five-ride commute from her home in Caloocan City to the Tzu Chi campus in Sta. Mesa, Manila, slowly and without the aid of a wheelchair.

Tzu Chi’s medical assistance—diagnostic tests, a wheelchair, and medicines—contributed to her steady recovery. “I used to cut my medicines in half because I couldn’t afford to buy what the doctor prescribed,” she explains. “When I started taking the right dosage of medicines sponsored by Tzu Chi, I have seen big changes in only a month’s time.”

It won’t be long before this mother of three fully regains her health and life. Aileen who used to run a small eatery, wants to open a convenience store at home. “Because of Tzu Chi, I can drink my prescribed medicines. Thank you for all your help.” 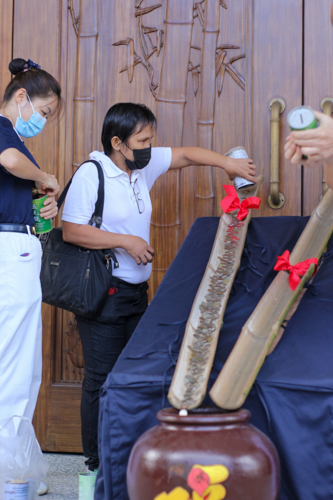 Raquel Tolitol empties the contents of the seven Tzu Chi coin banks she collected for Charity Day. “I wanted to return the help that Tzu Chi has given us,” she says.【Photo by Jeaneal Dando】 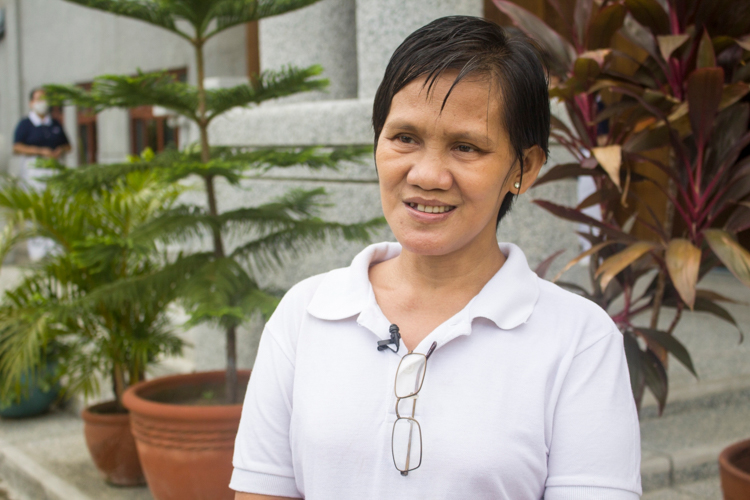 Diagnosed with diabetes, Raquel Tolitol received insulin as a Tzu Chi beneficiary since 2008. When her son Raymond began showing symptoms of X-linked Dystonia Parkinsonism, she requested to transfer medical assistance to him. 【Photo by Matt Serrano】 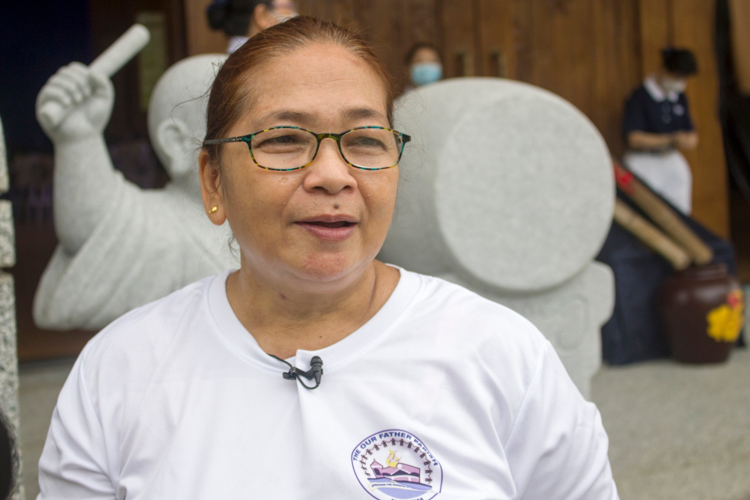 Celenia Espinar receives Ensure meal replacement formula for her son Argie. Electrocuted in his attempt to help put out a fire in 2013, he is bedridden and relies completely on his mother for day-to-day care.【Photo by Matt Serrano】 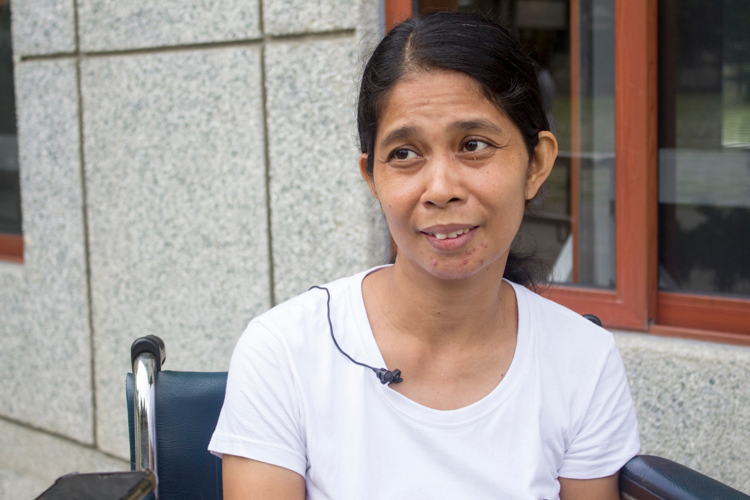 Thanks to medicine from Tzu Chi Foundation, Aileen Balasbas has shown marked improvements from her stroke in January 2022. Any signs of paralysis on her right side are hardly noticeable.【Photo by Matt Serrano】 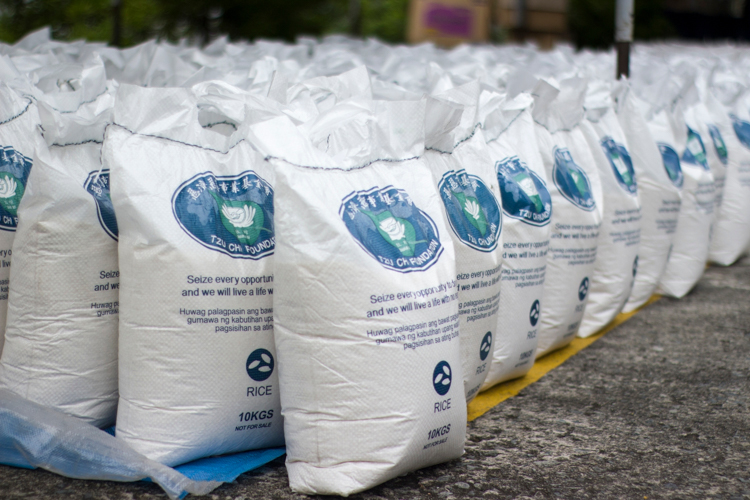 In addition to medical assistance, beneficiaries each receive 20-kg sacks of rice.【Photo by Matt Serrano】 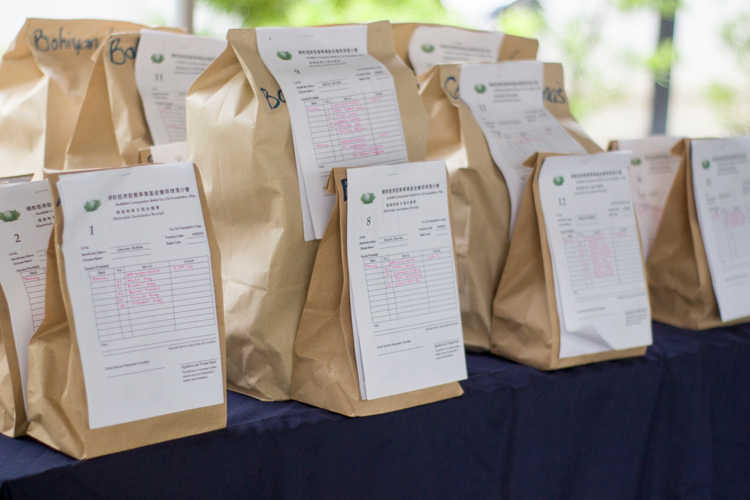 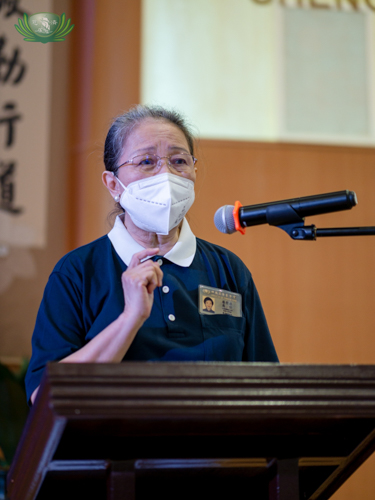 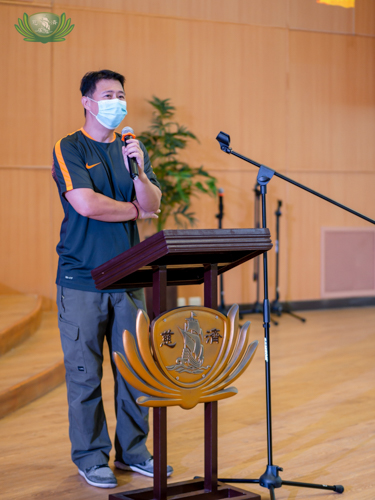 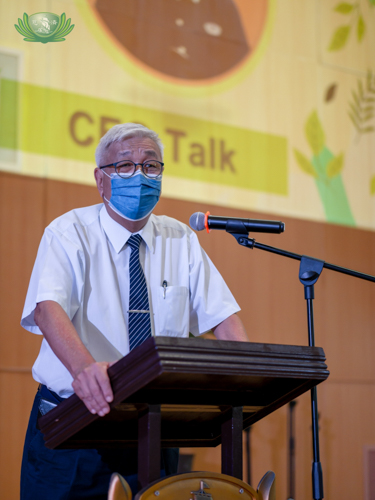 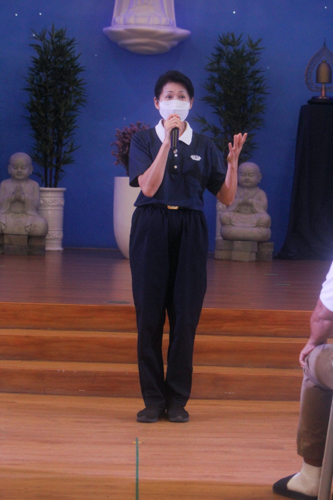 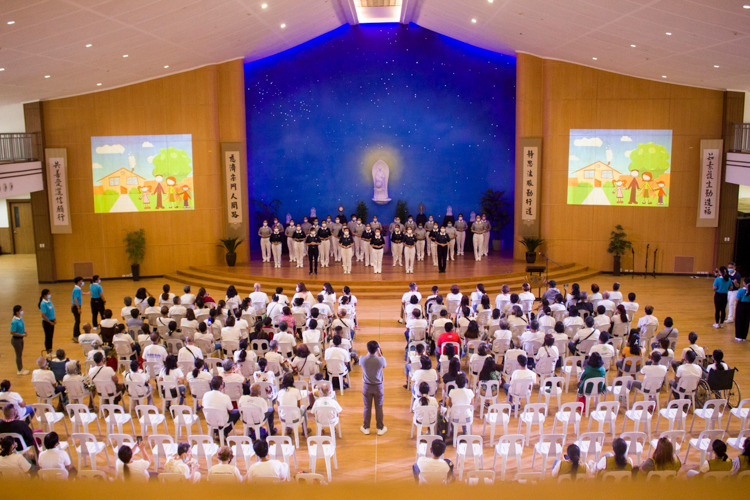 Volunteers and scholars lead beneficiaries to sing and sign the songs “One Family” and “Prayer.”【Photo by Matt Serrano】 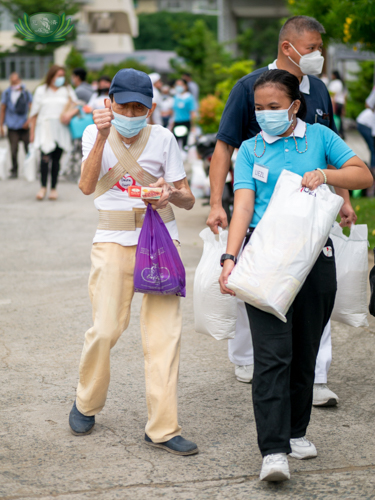 A Tzu Chi scholar helps a volunteer carry his bag of assorted groceries.【Photo by Daniel Lazar】 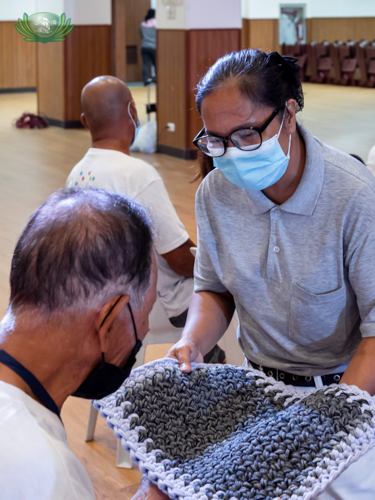 A volunteer shows a beneficiary a sample of the upcycled floor mat woven out of loop lines or excess material from sports socks.【Photo by Daniel Lazar】
Go Back