A son goes vegetarian, as promised

David Anthony Tan has been meat-free since January 2021.

The decision to adopt a vegetarian diet is a personal one, spurred usually by religious beliefs, love and respect for animals, or the goal to live a healthy life. For 35-year-old Zamboanga native David Anthony Tan, who hasn’t eaten meat since January 2021, going vegetarian is the result of a promise kept.

It happened over a year ago when he noticed his father looking weak. When tests ruled out dengue, Tan feared the worst. A rapid antigen test confirmed it was COVID-19, an unexpected diagnosis as his father never leaves home. “We were still kids when he figured in a motorcycle accident,” he explains. “He’s had difficulty walking and speaking since, so he’s always at home.” Tan thinks it was a house helper who unknowingly infected his father with the virus.

While the news was a shock to him, it also led him to make this bold pronouncement. “I asked Buddha for help. I said, ‘If you make my father well again, I’ll become a vegetarian till my death,’” says Tan, a Buddhist. “When you ask someone for a favor, you must give something in return.”

True to his word, the dutiful son looked after his father round the clock. He washed and cleaned him, checked his vital signs, fed him with food that friends left outside his home, and gave him medicines provided by concerned members of the community. In 10 days, his father recovered. Tan, who wore gloves, a facemask, and face shield the whole time, remained COVID-free.

He also stuck to his promise, quitting cold turkey. “Before I was a vegetarian, my favorites were pork and seafood,” he says. “Now I eat vegetables and fruits.” Nothing fancy for this businessman who buys his veggies in the market and is content with simple fare.

Naturally, the meatless diet has been good for his health. “Number one, I feel lighter. Number two, I don’t have high blood pressure and I don’t need maintenance medicine.”

Friends notice he is happier too, an observation he won’t deny. “People see we’re happy so they approach us,” he says of the brisk sales of braised tofu, bottled veggies, and refreshing drinks like honey lemon and chia seeds with fresh mango bits in his stall at the two-day charity bazaar organized by the Tzu Chi Foundation on July 30 and 31.

You might say it’s the greatest benefit he reaped since going meat-free. “I’ll eat kangkong (water spinach) and rice,” he says with a smile. “Sometimes, soy sauce and rice. I’m happy. For as long as my father is healthy, it’s okay.”

Proceeds from the charity bazaar will go to the construction of the Buddhist Tzu Chi Campus’ Unity Hall. 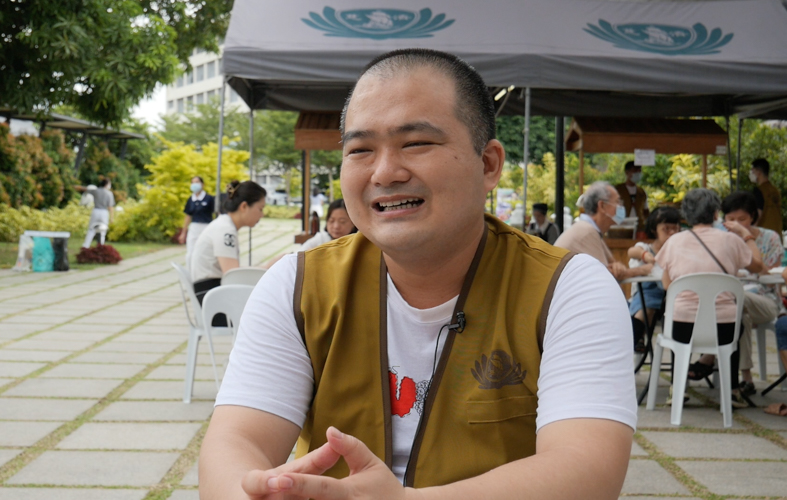 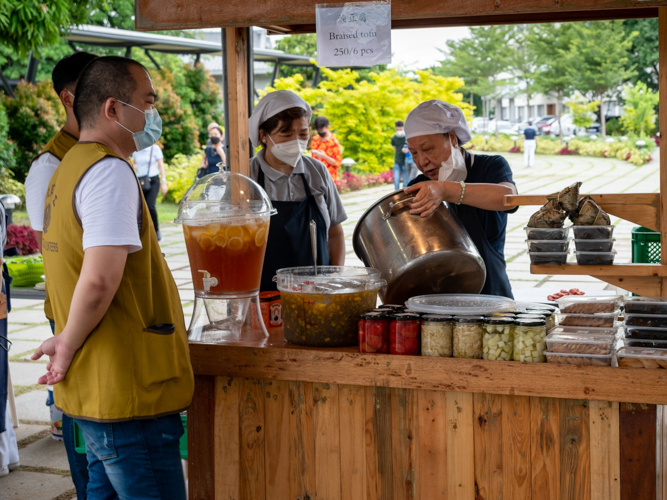 David Anthony Tan (left) checks on his stall at the charity bazaar organized by Tzu Chi Foundation on July 30 and 31. 【Photo by Daniel Lazar】 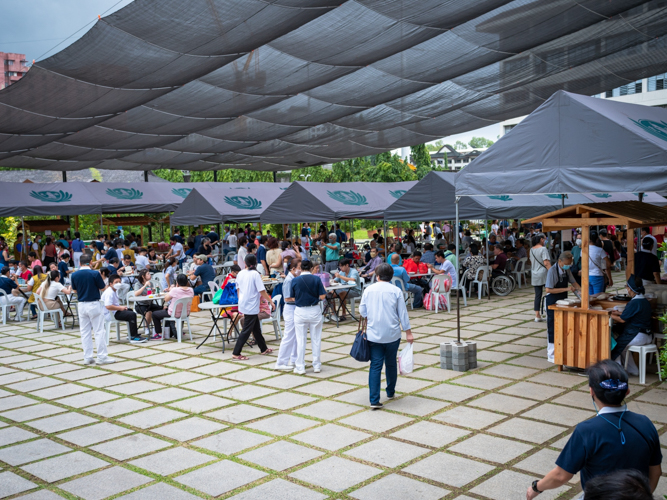 The bazaar included an open-area dining place where guests could relax with a drink and freshly cooked veggie food. 【Photo by Daniel Lazar】 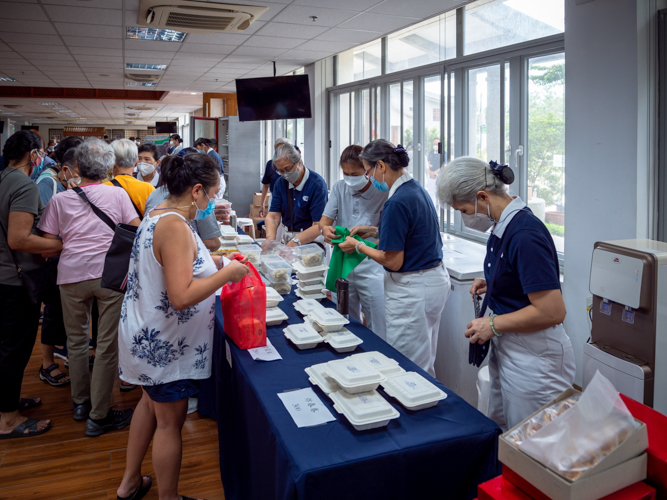 More vegetarian food and products were available at Harmony Hall.【Photo by Daniel Lazar】
Go Back